You are here: Home › Why Partner with Case Communications?

Case Communications design, develop and manufacturer advanced industrial / rugged  telecommunications products for reliable use in mission critical applications operating in harsh environments. These products are typically used for machine to machine communications (M2M) and are used world-wide by some of the largest corporations.

Case Communications strategy is to;

Case Communications have consistently worked with Blue Chip customers over the past 30 plus years and form an essential part of other organisations’ solutions. 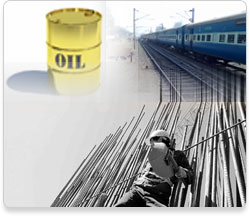 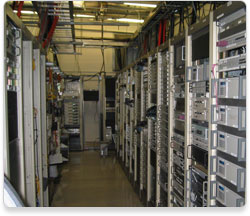 Case Communications is a company with a fine pedigree. They started life in the 1970s near Watford in England as Computer and Systems Engineering. The business grew dramatically in the early 1980s after they brought our world famous DCX networking statistical multiplexer to market. Case DCX – Data Concentrating Exchange DCX was one of the first products to provide advanced networking features such as, user switching, load balancing, automatic re-routing and a series of gateways to provide conversion from one protocol to other protocols.  One of Europes largest manufacturers of LAN Products Case Communications grew rapidly and opened an office in every state in America and were represented in 63 countries, either via a Case Communications office or via partners. They went on to become the sixth largest communications company in the world, the largest manufacturer of LAN products in Europe and one of the world’s most successful communications firms,  producing state of the art technology. They pioneered some of todays leading technologies and sat on multiple standards bodies. Case Communications merge with Dowty to become Dowty-Case.I In 1988 Case was purchased by the Dowty group and we became Dowty-Case, part of an £800m company.In 1993 Cray Electronics purchased Case and the company became known as Cray. In 1997 Cray sold its UK division to Cable & Wireless and its LAN division to Intel. Return to original name of Case Communications. In 2000 the successful and innovative WAN division returned to its original name of Case Communications and today continues providing innovative solutions, through development and partnerships. See early video of Case Communications from the 1980’s.   Case Communications into the 21st Century While we still support most of the original Case products, we have a firm focus on solutions that will take us through the 21st century. We develop advanced high-performance building-blocks, using industry standard hardware where possible (and developing our own hardware where none exists) and ‘open source’ software. This allows us to bring products to market very quickly, with very high levels of functionality and gives our customers the benefits of high-performance products at very competitive prices. Case Communications industrial-grade telecommunications products Following their return to Case Communications they have focused on industrial-grade communications products designed to work reliably in harsh environments. Typically these products are fan-less Routers, Ethernet switches and Ethernet First Mile products, designed to operate from -40°C to +75°C and for use in locations such as beside the highways, railways , oil and gas pipelines, on UTMC and Telemtry systems, within vehicles and in generally hostile locations. Case Communications Blue chip customers Case Communications have consistently worked with Blue Chip customers over the past 30 plus years and form an essential part of other organisations’ solutions. Fore more information please contact Case Communications
By Marketing / 16/02/2017

The Internet of Things is coming with 24 Billion devices connected by 2020, but what of security, is this an opportunity or risk?

In 2015 we predicted The Internet of Things (IoT) will have 24 billion connected devices by the year 2020. However...